SIOUX FALLS— MacKenzie Bengtson of Buffalo Center was named to the 2021 fall semester dean’s list at the University of Sioux Falls. Bengtson is majoring in exercise science at USF.

ALGONA—The Algona Municipal Utilities Board of Trustees will hold another in a series of strategic planning sessions Monday, Dec. 20, at 12:30 p.m., at Algona City Hall. The meeting is open to the public. 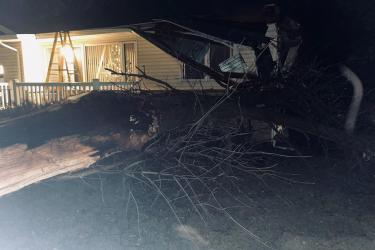 ALGONA—Kossuth County is one of 43 Iowa counties to receive a disaster proclamation following the derecho that crossed Iowa last Wednesday, Dec. 15. 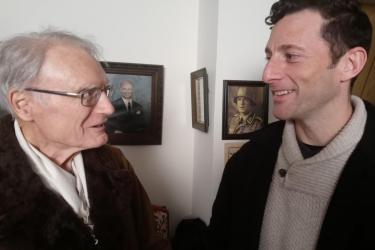 ALGONA—Marv Chickering has dedicated the last 46 years of his life to caring for and promoting the famous Algona Nativity Scene built by German prisoners of war during World War II. 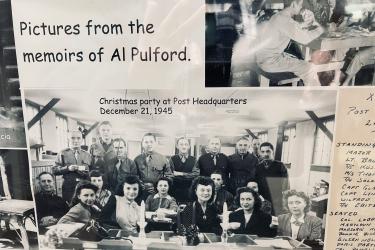 ALGONA—Lavon Lindhorst was an employee of the Camp Algona Prisoner of War camp during 1944 and 1945. She worked as a secretary under Major Hutton and even was a court reporter for a short time.

In 2001, Lavon agreed to an interview with Brian Connick and a few students from his World War II class. This interview has since been cataloged with many others, but still provides much insight about life at the camp and during the war. 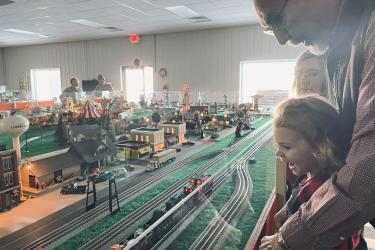 News 16 December 2021
IN ADVANCE: Experience joy at the Train Museum

Santa and Mrs. at State 5 today

You still have one more opportunity to visit with Santa Claus and Mrs. Claus and let them know what gift you’re hoping to find under the Christmas tree. They will be at the State 5 Theatre today, Thursday, Dec. 16, from 5:30 to 7:30 p.m.

ALGONA—Sheriff Roger Fisher said at least three and as many as four deputies will have to be replaced within the next nine months. Complicating that is the pool of available applicants is small and the competition to hire them is stiff. 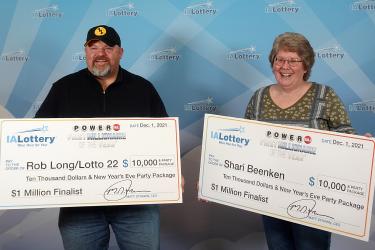 TITONKA—There are five national finalists for a $1 million second-chance Powerball prize to be awarded New Year’s Eve. Shari Beenken of Titonka is one of them. 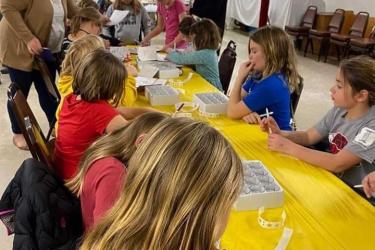 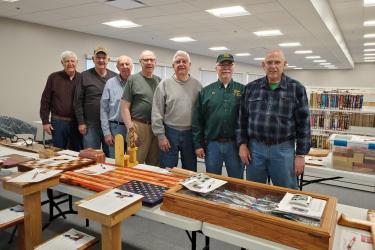 WESLEY—A contest for a new city sign and a new process for granting raises to city employees were among the items addressed at the Dec. 6 Wesley City Council meeting.

A citizen suggested the community have a new sign and the process for doing so. The council agreed to the idea, which will have people submit their ideas prior to the city’s celebration of its 150th birthday in 2022. The ideas will be on display during the celebration when people can then vote on them. 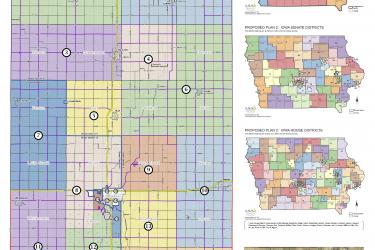 ALGONA—There are just a few slight proposed changes in the boundaries for Algona’s four council wards.

Each 10 years, following the census, the city has to redraw the lines for the wards to balance population among them. 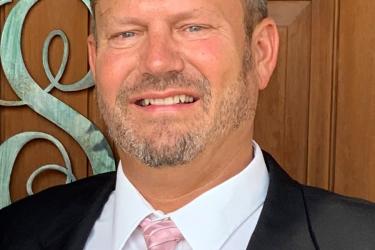 ALGONA—Precision Food Innovations (PFI), a manufacturer of sanitary conveying equipment, announced the retirement of Gary Schiltz on after serving 40 years with the company, most recently as general manager.

The announcement was made Tuesday, Dec. 14, in a press release.

PFI has named Tom Vipond as the new general manager, effective Jan. 3, 2022. Vipond brings more than two decades of experience in the food industry to his new role.

ALGONA—Algona’s portion of the American Rescue Plan Act (ARPA) is $804,280 and three uses covering approximately a third of that total were identified during the Dec. 6 Algona City Council work session.

The matter was not on the regular meeting agenda, so no action to approved the spending was taken on the proposed items.

OAK LAKE—A public notice is published in this edition of the Advance in reference to a proposed upgrade in sanitary sewer handling buy Oak lake Maintenance Inc..

ALGONA—Kossuth County is in the process of negotiating a contract to buy the former UBC/ProBuild/Builders First Source building on Highway 169 in Algona, with total costs estimated at no more than $650,000.