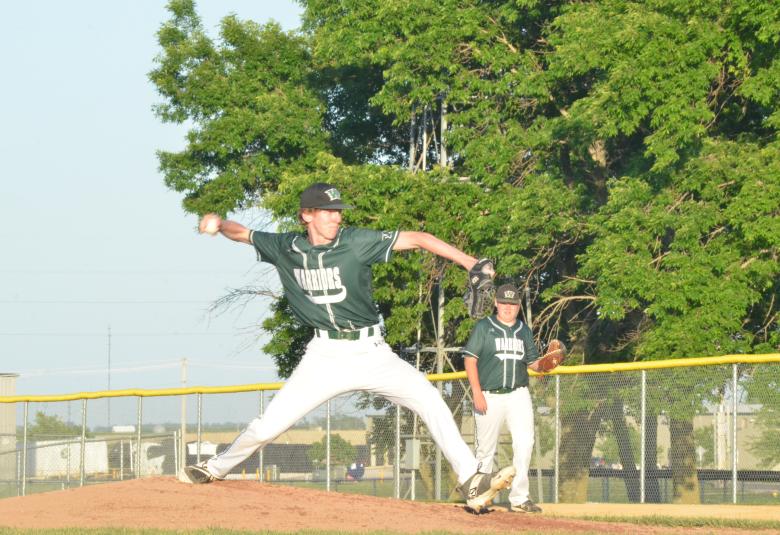 BANCROFT—North Union scored in every inning in a 16-1, four-inning season opening Top of Iowa Conference baseball victory on Wednesday, May 25 over the North Iowa Bison.

The green-black-and-silver plated three runs in both the first and second stanzas; scored twice in the third frame and ended the contest early with eight runs in the bottom of the fourth inning. 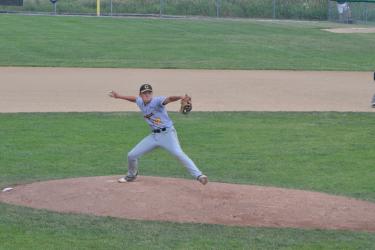 ALGONA—In a non-conference baseball game shortened to six innings because of rain, Bishop Garrigan edged Emmetsburg on Tuesday, May 24 by the score of 8-7.

With the contest deadlocked at 7-7, Andrew Fogarty led off the bottom of the sixth inning with double in the right-center field gap. Nathan Merron followed with an infield single and Fogarty cruised home with the winning run when the E-Hawk shortstop threw the ball away. 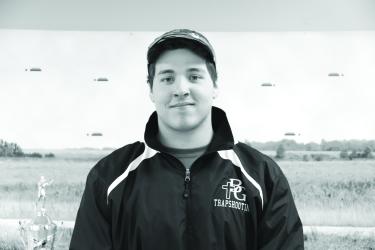 ALGONA—The Algona and Bishop Garrigan High School trap-shoot squads hosted four other schools or clubs on Wednesday, May 25 at the Izaak Walton League.

The Algona 2 team had the high score of the day with a 219 as the Graettinger-Terril/Ruthven-Ayrshire Bull Eyes took second with a total of 211 and the Algona 1 squad was third with a score of 210. 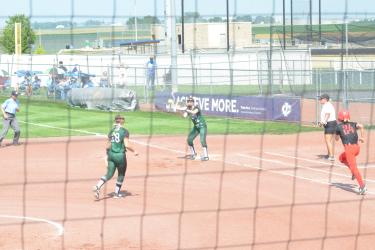 SWEA CITY—North Union opened defense of their Top of Iowa Conference title in impressive fashion with a 12-0 league opening softball victory on Wednesday, May 25 over the North Iowa Lady Bison. 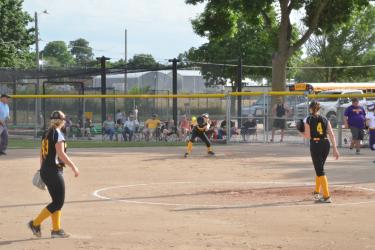 ALGONA—Lake Mills scored twice in both the first and second innings and made those runs stand up in a 4-2 Top of Iowa Conference softball victory on Friday, May 27 over the Bishop Garrigan Golden Bears.

The home team scored both of their tallies in the bottom of the fourth frame and had four hits in the loss. Darius Goche led the offense with a pair of singles as Hanna Merron and Molly Peterson both added a single as Goche and Merron scored the black-and-gold runs.

PETERSON—Sioux Central blanked West Bend-Mallard 23-0 in three innings in a non-conference baseball contest played at the Brooke Peterson Memorial Field on Tuesday, May 24.

The home plated five runs in the bottom of the first inning and put the game away in the next stanza as they exploded for a total of 18 runs in the frame to take a commanding 23-0 advantage.

ALGONA—Right-hander Andrew Fogarty pitched the Bishop Garrigan Golden Bears baseball team to a 4-2 Top of Iowa Conference victory on Friday, May 27 over the Lake Mills Bulldogs.

ALGONA—Algona let a commanding 10-1 lead get away before Tate Slagle singled in the winning run in the bottom of the seventh inning to give the Bulldogs a hard-fought 12-11 North Central Conference baseball win over the Clarion-Goldfield/Dows Cowboys on Friday, May 27.

MASON CITY—Second ranked Mason City Newman scored in every inning in a 15-1, four-inning non-conference baseball victory over the Algona Bulldogs on Thursday, May 26.

The Knights scored three runs in the bottom of the first inning, tacked on four more in the second, added two in the third and ended the contest with six runs in the fourth while the red-and-black scored their only tally in the second stanza.

FOREST CITY—Forest City jumped out to early 7-0 advantage and went onto a 9-2 Top of Iowa Conference baseball victory over the North Union Warriors on Friday, May 27.

The Indians added two more tallies in the bottom of the sixth stanza before North Union scored their only two runs of the contest in the top of seventh inning.

ESTHERVILLE—Estherville-Lincoln Central blanked the Bishop Garrigan Golden Bears baseball team by the score of 9-0 in a non-conference contest played on Wednesday, May 25 at the Hess-Limberg Field.

The Midgets scored two runs in the first, third and fourth innings and tacked on three more in the fifth in the win. The black-and-gold had just four hits in the loss.

SWEA CITY—In a pitcher’s duel that featured 27 strikeouts of the 39 outs between the two squads, the North Union Warriors softball squad squeezed by Estherville-Lincoln Central 3-2 on Tuesday, May 24 in non-conference action.

Each squad scored twice in the first inning and the home team scored what proved to be the winning run in the bottom of the third frame. The Warriors did not have a hit in the game and struck out 11 times but still got the victory.

SWEA CITY—Beth Streuber had a single, belted a home run and knocked in five RBI to help lead the North Union Warriors softball squad to a 12-0, three-inning non-conference win over the Emmetsburg E-Hawks.

The green-black-and silver scored five times in the bottom of the first stanza and added seven more in the second frame in the victory. The Warriors had a total of 11 hits in the contest.

MASON CITY—In a non-conference softball contest shortened to five innings because of rain, the Mason City Newman Knights defeated the Algona Bulldogs 5-1 on Tuesday, May 24.

The home team scored three runs in the second inning and two in the fifth as the red-and-black scored their lone tally in the top of the third stanza. Ryan Haynes took the loss in the chalked circle.

ALGONA—Pocahontas Area took advantage of six errors by the Bishop Garrigan Golden Bears softball squad and handed the black-and-gold a 13-1 non-conference defeat in five innings on Tuesday, May 24.

The visitors started fast by plating six runs in the opening frame, added a single tally in the second and put the game away with six runs in the fifth as the home team’s only run came in the bottom of the first stanza.

FOREST CITY—North Union earned their second Top of Iowa Conference softball victory on Friday, May 27 with a 12-1, five-inning triumph over the Forest City Indians.

The green-black-and-silver scored in every inning with six runs in the first frame, single runs in the second and fourth stanzas along with two runs in both the third and fifth innings.