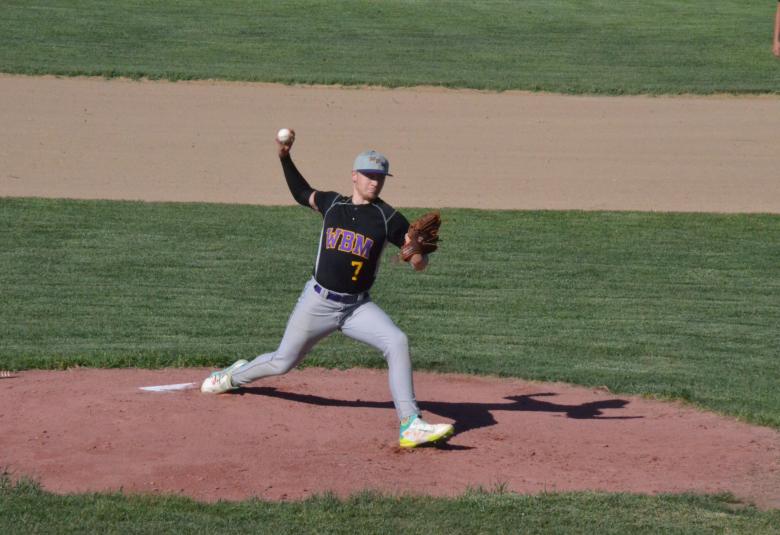 EMMETSBURG—West Bend-Mallard got a good pitching performance from Noah Link but struggled at the plate in a 3-0 Twin Lakes Conference baseball loss on Tuesday, May 31 to the Emmetsburg E-Hawks.

The home team scored single runs in the first, fifth and sixth frames to earn the victory. The purple-and-gold managed just one hit, a leadoff single in the third inning by Houston Nielsen but he was erased on a double play later in the frame as Nielsen was his team’s only base runner. 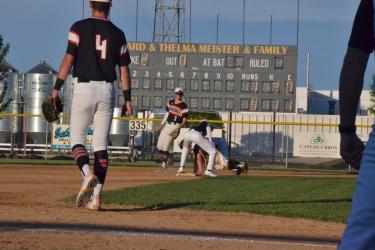 ALGONA—A four-run fourth inning proved to be the difference in Garner-Hayfield/Ventura’s 7-5 Top of Iowa Conference baseball victory on Wednesday, June 1 over the Bishop Garrigan Golden Bears.

The visitors opened the scoring with a run in the top of the first stanza and the black-and-gold tied the contest up at 1-1 with a single tally in the bottom of the third frame. 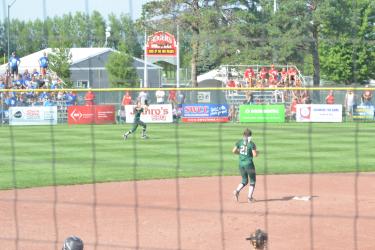 LAKE MILLS—North Union rallied from an early 3-2 deficit to go onto a 13-3 softball victory over the Lake Mills Bulldogs on Monday, June 6 in Top of Iowa Conference action.

The Bulldogs led 3-2 until the top of the fifth inning when the green-black-and-silver plated two runs to take a 4-3 lead and then exploded for nine runs in the top of the sixth stanza to end the game early. 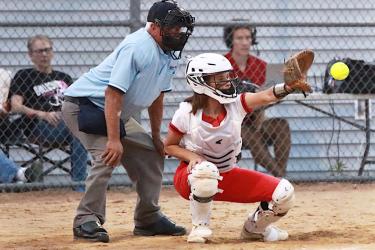 IOWA FALLS—A six-run fourth inning was the difference in the contest as the Algona Bulldogs softball squad dropped a narrow 7-6 decision to the Iowa Falls-Alden Cadets on Friday, June 3.

Algona scored first in the game with a run in the top of the first stanza before the visitors tied the contest up in the second frame. The Cadets erupted for six runs in the bottom of the fourth to take a 7-1 advantage. 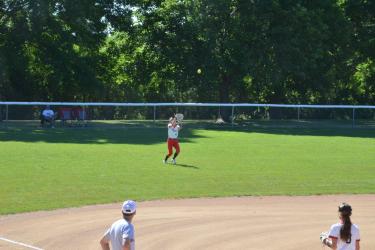 FORT DODGE—St. Edmond scored three times in the bottom of the first inning and made those runs hold up in a 7-2 North Central Conference softball victory on Wednesday, June 1 at Harlan Rogers Park over the Algona Bulldogs. 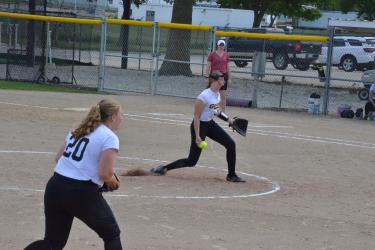 ALGONA—Bishop Garrigan pounded out 16 hits in a 14-3, five-inning Top of Iowa Conference softball win on Wednesday, June 1 over the Garner-Hayfield/Ventura Cardinals.

The home team started fast by scoring six runs in both the first and second innings for an early 12-0 advantage. The Cardinals scored all three of their runs in the top of the third frame before the black-and-gold plated single runs in the third and fourth stanzas to end the contest early. 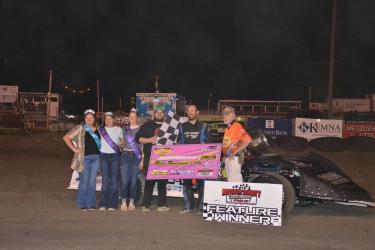 ALGONA—The late models made a return on Thursday, June 2 to the Kossuth County Speedway to highlight the performances of week number three at the Thunderdome.

The night of exciting dirt track racing drew a grand total of 70 cars on the evening with the late model and hobby stock classes leading the way with 17 cars and there were 13 stock cars at the track.

GILMORE CITY—Southeast Valley raced out to an early lead and went onto an 8-1 Twin Lakes Conference baseball win over the West Bend-Mallard Wolverines on Monday, June 6.

The Jaguars scored three times in both the first and second innings along with single runs in each of the third and fourth stanzas for an early 8-0 advantage as the purple-and-gold scored their lone tally in the bottom of the fifth frame.

ALGONA—Webster City pounded out 14 hits, including five extra base hits, to take over sole first place in the North Central Conference with a 12-1, five-inning victory on Monday, June 6 over the Algona Bulldogs.

The Lynx scored four times in both the first and second innings along with two tallies in the third and fifth frames while the red-and-black scored their lone run in the bottom of the fifth stanza.

LAKE MILLS—After North Union scored four runs in the top of the seventh to tie the game, Lake Mills scored once in the bottom of the stanza to earn a walk-off 6-5 Top of Iowa Conference baseball win on Monday, June 6 over the green-black-and-silver.

BOONE—Algona dropped a pair of close games on Saturday, June 4 at the Boone Tournament as the squad fell 13-9 to Boone and dropped a 3-0 decision to ADM (Adel).

In the high scoring opener, Boone scored in every inning with three runs in the first and fourth innings, scored twice in the second, fifth and sixth frames and once in the third stanza as the red-and-black plated two runs in the first fourth and fifth innings and added three more tallies in the seventh frame.

BANCROFT—North Union let an 8-1 advantage at the end of four innings get away as Graettinger-Terril/Ruthven-Ayrshire rallied for a 9-8 non-conference baseball victory on Tuesday, May 31 over the green-black-and-silver.

EAGLE GROVE—Eagle Grove scored three times in the bottom of the fifth inning to rally from a 2-0 deficit to earn a 3-2 Top of Iowa Conference baseball victory on Tuesday, May 31 over the Bishop Garrigan Golden Bears.

The contest was scoreless until the top of the third stanza when the black-and-gold plated a pair of runs for a 2-0 advantage and that held up until the Eagles rallied in the bottom of the fifth frame.

CLEAR LAKE—Algona exploded for a 20-1 North Central Conference baseball victory on Tuesday, May 31 over the Clear Lake Lions. The red-and-black pounded out 12 hits in the victory.

FORT DODGE—Picking up a North Central Conference baseball road victory, the Algona Bulldogs team blew past the St. Edmond Gaels on Wednesday, June 1 by the score of 16-5 in five innings.

The red-and-black pushed across three runs in the top of the first before each squad scored a single run in the second inning. The Bulldogs took control of the contest with five runs in the fourth stanza and four more tallies in the fifth frame.