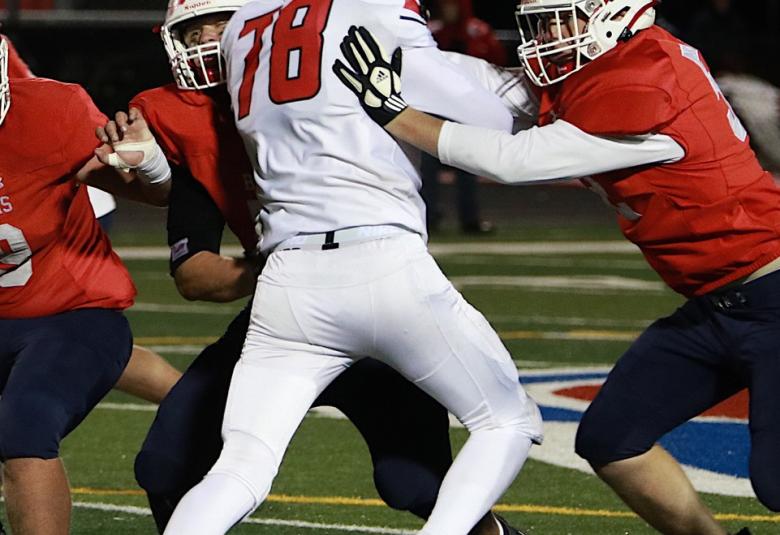 HUXLEY—Taking a 35-19 defeat at the hands of the Ballard Bombers on Friday, Oct. 14, the Class 3A playoff chances for the Algona Bulldogs’ football team took a serious hit.

The Bombers put together their best game of the season on “Senior Night” with 390 yards of total offense to earn their second win of the 2022 season. 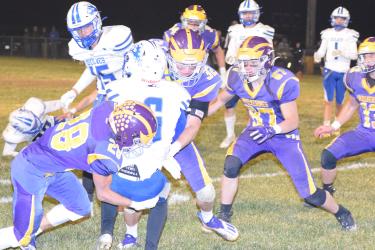 CORRECTIONVILLE—After a long road trip in their season finale on Friday, Oct. 14, the West Bend-Mallard Wolverines geared up for this week’s eight-man playoffs with a convincing 57-18 win over River Valley.

The purple-and-gold raced out to a commanding 38-0 lead at the end of the game’s first 12 minutes and took a 51-0 advantage to the locker room at intermission.

ESTHERVILLE—Algona put up a good battle on Monday, Oct. 17 in the Class 3A regional volleyball opener but dropped the match on three games to Estherville-Lincoln Central.

The win improved the black-and-gold’s overall season match record to 18-10 and is 47-29 in games played in those matches while Harris-Lake Park ended the year at 0-25. The Golden Bears entertained George-Little Rock (7-18) on Wednesday.

The purple-and-gold won the opening game by the score of 25-13 before taking the second set 25-16 and ended the match with a 25-12 victory in game number three.

The visitors won the opening set by the score of 25-16 before the purple-and-gold fought back to take the second game of the match by 25-21.

The purple-and-gold took the opening game by the score of 25-18, won the second set by the count of 25-14 and ended the match with a 25-19 victory in game number three.

The purple-and-gold had just three runners in the event and did not have a team score as Sioux Central was the conference champions with a winning team total of 34 points. 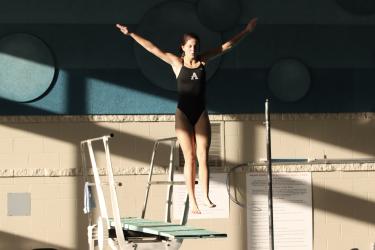 ALGONA—The Algona swim team had their best showing of the year winning eight different events in a 95-85 loss to Mason City on Thursday, Oct. 6 in a home meet held at the Algona Family YMCA. 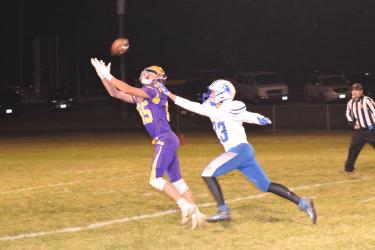 WEST BEND—A powerful rushing attack along with a stingy defense helped lead the West Bend-Mallard Wolverines football team grab a piece of the eight-man District No. 2 title by defeating Harris-Lake Park on Friday, Oct. 7 by the score of 48-6. 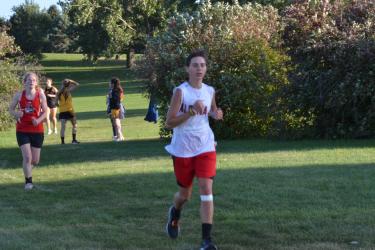 Sports 13 October 2022
Amuary Thomas of Bishop Garrigan ended up in 20th place in Class B with his clocking of 23:35.52 on Tuesday in Eagle Grove at the Dick Bell Invitational.

The Bulldogs finished in fifth place in the Class A team standings with a team score of 114 points while the black-and-gold competed in Class B and with only a pair of runners did not have a team score. 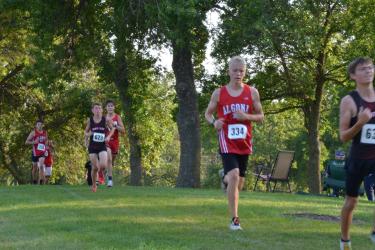 The red-and-black’s team total of 60 points was topped only by No. 6 Gilbert’s team score of 21 as Garner-Hayfield/Ventura placed third with 70 points. 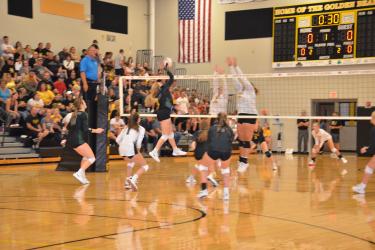 The Warriors took the opening game by the score of 25-21 before Belmond-Klemme battled back to take the second set by the count of 14-25.

North Union rebounded to triumph in the third game by the narrow score of 27-25 and ended the match with a 25-12 win in the fourth set. 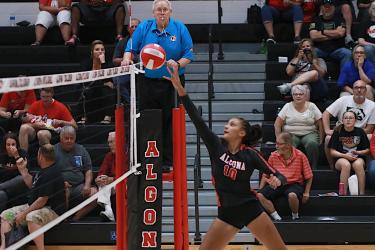 CLARION—Clarion-Goldfield/Dows remained undefeated in North Central Conference volleyball play on Thursday, Oct. 6 in a key conference match with a victory over the Algona Bulldogs in three straight sets.

The Cowgirls won the opening game 25-13 and followed that up with a 25-19 win in set number two and ended the match with a victory in the third game by the identical score of 25-19. 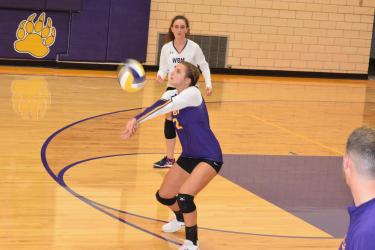 BUFFALO CENTER—West Bend-Mallard was perfect in all four of their matches to place first at the North Iowa volleyball tournament on Saturday, Oct. 8.