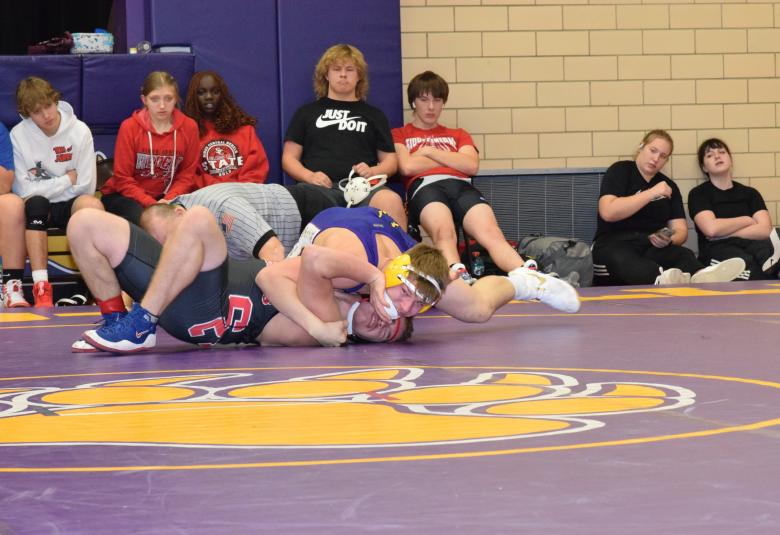 SIOUX RAPIDS—West Bend-Mallard drop a pair of Twin Lakes Conference wrestling matches on Thursday, Dec. 9. The purple-and-gold fell to Sioux Central 39-30 and lost to Manson Northwest Webster by the score of 39-36.