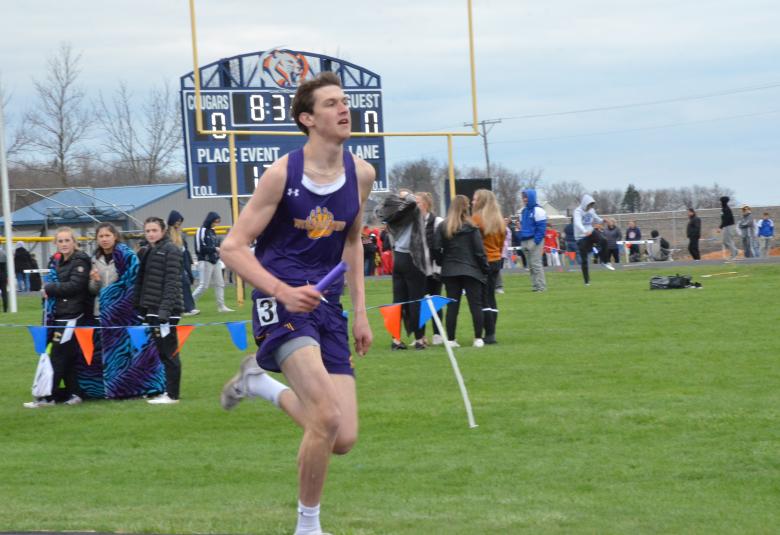 PAULLINA—The West Bend-Mallard Wolverine boys’ track team won a pair of events at the Wolverine Relays on Thursday, May 5.

The purple-and-gold ended up in fifth place in the seven-team field in the team standings with 70 points as Unity Christian won the team title with a team total of 148 points.