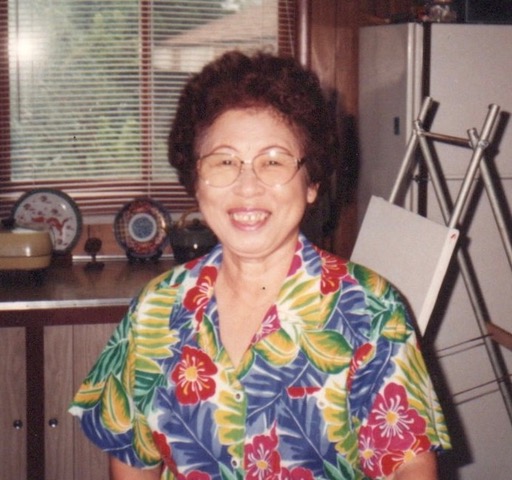 Yoshiko “Noreen” Wildin (nee Tsuneyoshi) was born Feb. 1, 1926, in Osaka, Japan, to Shoichi and Tsurue Tsuneyoshi. She was the oldest of five siblings, Yaskuo Tusji, Yuki Tsuneyosh (deceased), Toshio Tsuneyoshi and Takaharu Tsuneyoshi. She graduated from Nihon Joshi Daigaku with a degree in home economics. After the war, she worked as a secretary for the U.S. Army in Kobe, Japan. There she met James Wildin, from Algona. Some of the young Japanese men working there had difficulty understanding Jimmy, so they asked her to find out what he wanted them to do. They were married Nov. 13, 1953.

They made their home in Algona where Jimmy joined his father in farming. They had two children, Gilbert (1954) and Rowena (1956.)  After the kids got older, Yoshiko went to work at the Algona Good Samaritan Center in 1973, retiring in 1996. In 2002, Jimmy and Yoshiko moved to Austin, Texas. Jimmy passed in 2016. She moved to Azusa, Calif. to live with her daughter and son-in-law, Mark Dehanke. Recently, she had moved to an assisted living facility. She passed Dec. 26, 2022.