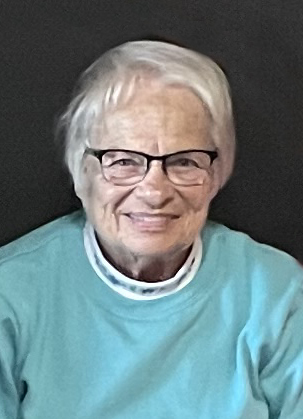 Memorial service for Norma Tebben will be held on Dec. 4, 2021, at 11 a.m. at Trinity Lutheran Church with Reverend Mark Lund presiding. Inurnment will be in the Corwith Cemetery. Visitation will be held Dec. 3, from 5-7 p.m. at Oakcrest Funeral Services.

Norma Jean Tebben was born Oct. 20, 1939, in Portland Township, the daughter of Ervin and Esther (Struecker) Gatton. She attended Irvington Township School and then went on to Algona High School, graduating in 1957.

On July 30, 1960, Norma was united in marriage to Gary Eugene Green at St. Cecelia Catholic Church in Algona. They lived in Algona, where she worked in a law office, at Lindsay Soft Water, Winnebago Industries and raised her children. Gary died Sept. 9, 1978, and later Norma moved to Corwith.

On May 21, 1982, Norma was united in marriage to Leonard “Lenny” Tebben at St. Mary’s Catholic Church in Corwith. Norma worked as the Corwith City Clerk for 14 years. Lenny died May 16, 2004. Norma remained in Corwith before moving to Algona in 2016, and later moved to Mason City in July 2021.

Norma enjoyed spending time with family, baking the pies for family reunions and was known for bringing the treats to all the great-grandchildren’s activities and games. She also enjoyed crocheting, reading, playing cards and bingo. She was a member of the Trinity Lutheran Church in Algona and the Algona Senior Citizens group.

She was preceded in death by her parents; husbands, Gary Green and Lenny Tebben; son, Lanny Green and brother-in-law, Arnold Eiten.

Arrangements were handled by Oakcrest Funeral Services of Algona. Condolences may be left at www.oakcrestfuneralservices.com.