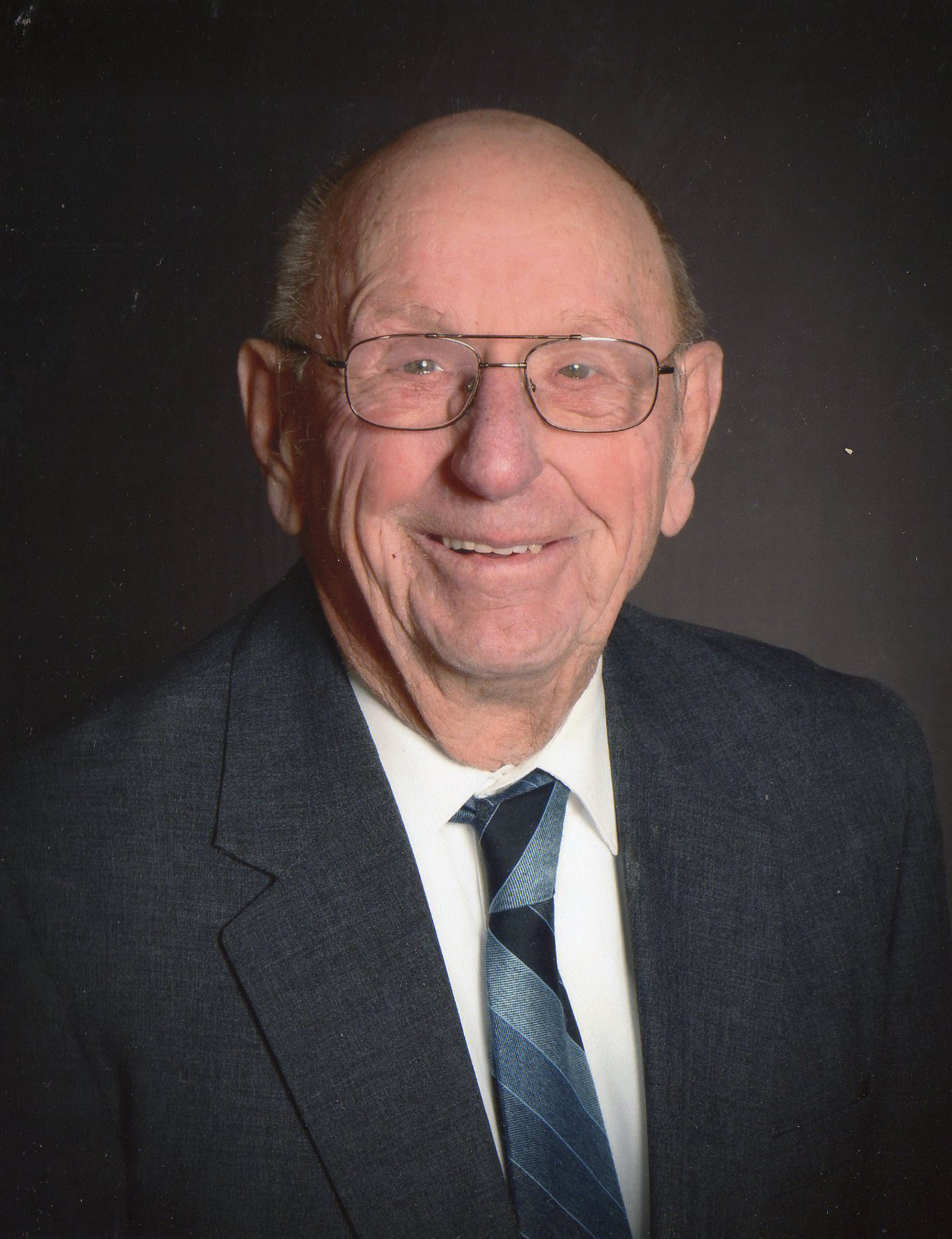 Myron Max Hinz, 91, of Emporia, Kan. entered into heaven on Jan. 13, 2023, at his home surrounded by his family. Myron was a beloved husband, father, grandfather, and a faithful member of the Lutheran Church from birth.

Myron was born on July 7, 1931, to Herman A. Hinz and Dorothy L. Hinz in Lu Verne. Myron graduated from Lu Verne High School in 1949, and in 1950 he joined the United States Navy. After his time in the Navy, he returned to his hometown where he married Myrna P. Northrop on July 1, 1956. Together they raised four wonderful children: Terry L. Sigmund (Don) of Lenexa, Kan.; Rick J. Hinz (Bess) of Andover, Kan.; Michael P. Hinz (Christy) of Fort Myers, Fla.; and Randy L. Hinz of Wichita, Kan.

Myron and Myrna lived with their children in Lu Verne until 1973, when they moved their family to Lebo, Kan. Myron owned his own construction business, as well as working with King Construction. Myron and Myrna retired to Emporia, Kan. in 2002.

Myron always had a smile or laugh to share and never knew a stranger. He loved his family and he loved sports!

Services were held at Messiah Lutheran Church in Emporia on Thursday, Jan. 19 at 10:30 a.m. Visitation was held Wednesday evening from 6 to 7:30 p.m. at Jones VanArsdale Funeral Home in Lebo. Graveside services were held at 2 p.m., Thursday at Lincoln Cemetery in Lebo. The Harold “Skinny” Spatz American Legion Post #323 of Lebo provided military honors at the graveside. In honor of his love of sports, people wore their favorite sports team shirt.

Myron requested any donations received be sent to Messiah Lutheran Church, 1101 Neosho Street, Emporia, KS 66801, where he was a faithful servant since 1973.