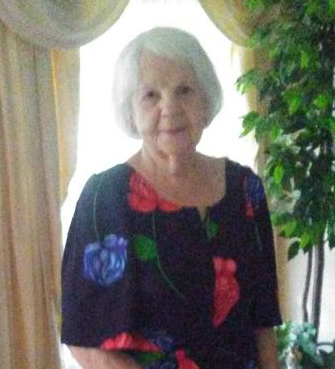 Marilyn Johnson, age 97 of Burt, passed away Tuesday, June 14, 2022, at the Kossuth Regional Health Center in Algona. Funeral services were held on Friday, June 17, at 11 a.m. at First United Methodist Church in Algona with Rev. Cynthia Finn officiating. Services were livestreamed on Lentz Funeral Home’s Website https://www.hdezwebcast.com/show/marilyn-johnson. Burial took place at Burt Township Cemetery in Burt. Visitation was on Thursday, June 16, from 4 to 6 p.m. at Lentz Funeral Home in Algona.

Marilyn Marie Johnson, the daughter of Michael and Leona Mary (Black) Baer, was born on May 29, 1925, in Algona. She graduated from Burt High School in 1943. On Dec. 24, 1943, Marilyn was united in marriage to Melvin Johnson at Trinity Lutheran Church in Algona. She was a devoted wife and mother and cherished her time raising her children.

Marilyn was a devoted member of the First United Methodist Church, made floral arrangements and was a women’s circle member. She loved traveling, roller skating, shopping, playing so sorry and enjoyed her friends and classmates.