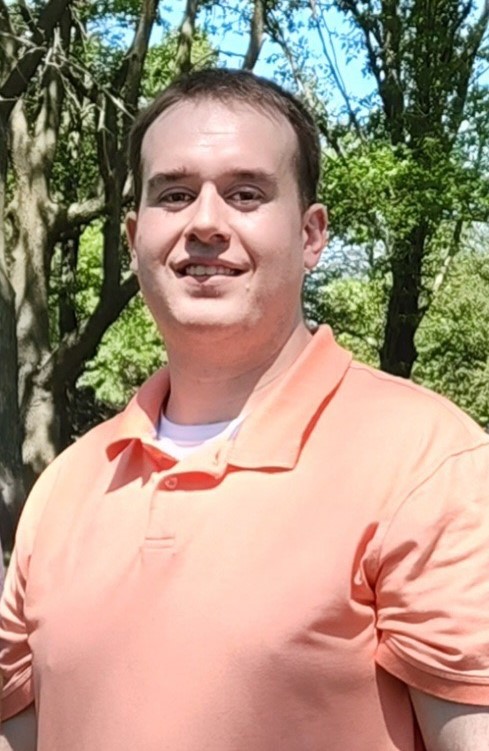 Landon Richard Schiek, beloved son, brother, grandson, cousin and friend passed from this life on Sunday, June 12, 2022, at the age of 26. He died suddenly as a result of a tragic car accident.

Landon was born on Feb. 5, 1996, to parents Kate Francis and Steven Schiek. Landon, who grew up in Emmetsburg, was living in Algona at the time of his death.

Landon’s siblings and cousins always looked forward to family get-togethers as they knew he would entertain them with funny stories, silly sounds and goofy faces. Whenever Landon went home, Chloe immediately began to look forward to the next time she would see him not only because of his amazing humor, but also because she could feel the deep love he had for her. Nathan was always looking over his shoulder waiting for the next time that Landon would try to scare the daylights out of him. Landon was Nathan’s big brother, best friend and most importantly, Landon was the rock for Nathan to lean on whenever he needed to be held up.

Landon’s dad Steven could never get enough of Landon’s amazing, infectious and contagious smile. Whenever he saw his dad (often to watch Iowa State games), Steven knew that their time together would include Landon’s jokes and funny stories that would make Steven almost shake with laughter. In addition to that side of his son, Steven has always been extremely proud of the great older brother that Landon was to Chloe and Nathan, and how Landon was willing to do anything for them.

Landon’s mother Kate was always so very proud of the young man he was and how kind, caring and respectful he was to others. Kate always beamed as she watched Landon make others feel that they mattered, that they were important and that they were appreciated. Landon never answered his mother’s phone calls with hello, but rather the silliest sound he could make at that moment. Landon loved to stand beside his mother and put his arm around her. Kate continues to feel that loving touch.

Landon never missed a family get together or holiday. He enjoyed popping in and spending afternoons seeing his grandparents. Favorite sporting teams included Iowa State where he knew players, stats and upcoming recruits. He attended Iowa State football and basketball games where he also met many Cyclone players. He also enjoyed the Boston Red Sox and Celtic basketball. He cherished a trip to Boston to see them play and see the beautiful city. Other hobbies include fishing and hunting with his brother and Grandpa Hough. Landon had an extensive collection of Michael Jordan shoes and he was known to wear a different pair every day of the week. Landon always made time for his friends despite his extremely busy work schedule.

Landon graduated from Emmetsburg High School in 2014. At the time of his death, Landon was employed at Hormel Industries in Algona where he was adored by his co-workers.

Landon was preceded in death by his grandmother Mary (Lindy) Hough and brother Ethan.