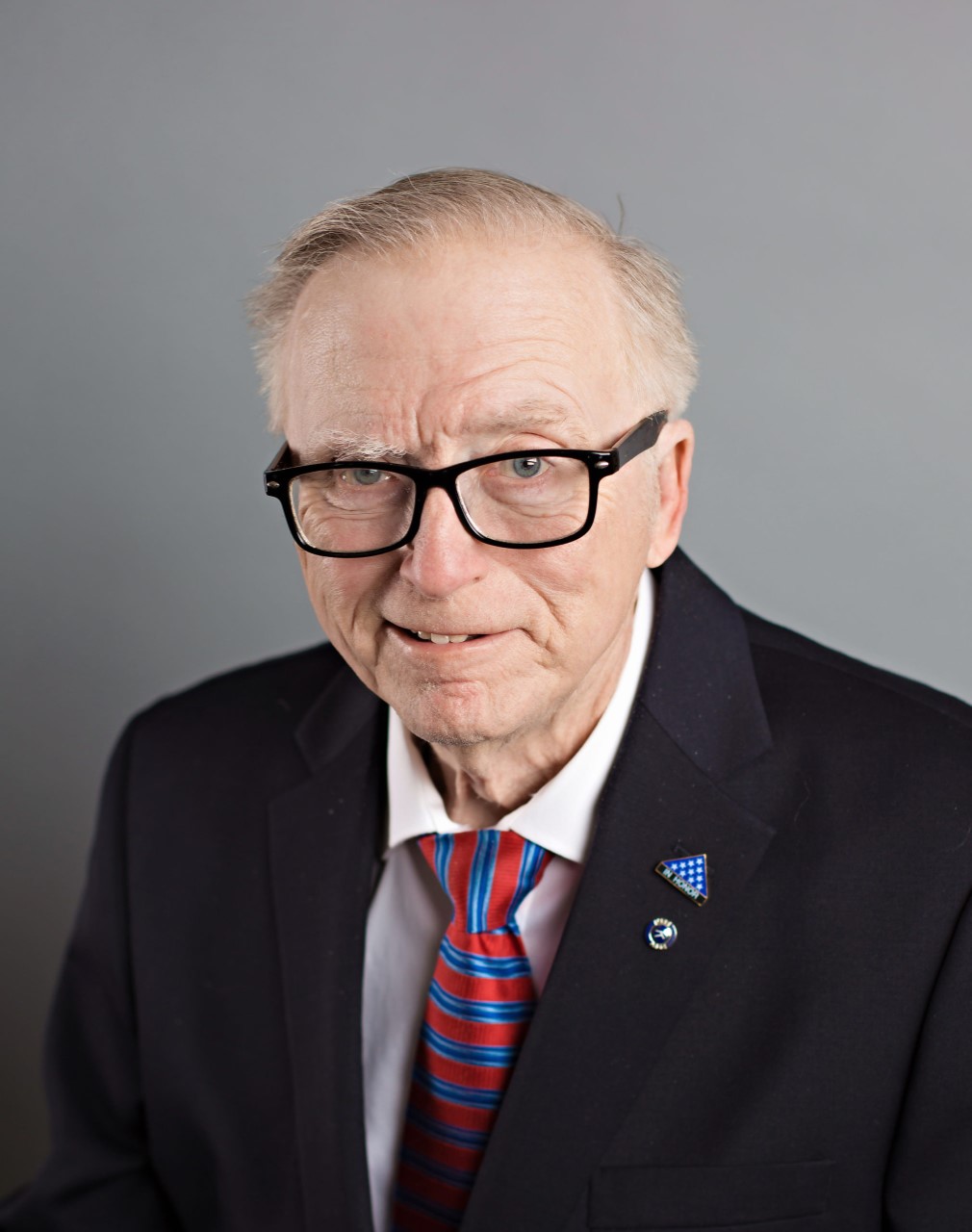 Dedicated to his country, community, family and Lord — Howard Duane Omdahl passed away on April 19, 2022.

He was a quick-witted, determined fighter until his final hour. Funeral services were at 10:30 a.m. on Monday April 25,  at First Lutheran Church in Algona. Burial took place in Riverview Cemetery in Algona, with military rites conducted by the Iowa Army National Guard Honor Guard, the VFW Post #2541 and the Haag-Turner American Legion Post #90 of Algona. Visitation was from 3 – 5 p.m. on Sunday at the First Lutheran Church, with Masonic services at 5 p.m.

Born in Decorah on Oct. 16, 1943, Howard was a spirited Norwegian that loved fast cars, baseball, county fairs, garage sales, great music, sweet treats, parades and had blue eyes that twinkled when he smiled. He learned the value of a dollar at a young age by pumping gas, delivering pizzas and working at the post office to put himself through Luther College.

He met his wife, Sharon, in 1968 when they became pen pals corresponding during the Vietnam War after Howard was drafted to serve in the 25th Infantry of the United States Army. They married on June 19, 1971, in Algona, and moved to Chicago, Ill. where Howard worked for Price Waterhouse Coopers accounting firm. In the fall of 1972, the couple moved to Algona to join the family insurance business, start a family and never looked back.

Frequently known by the number of hats he wore, both in the community and from his own personal collection, Howard was a true patriot, Iowa Hall of Fame Insurance Agent and a man of many one-liners. His secret to happiness was helping others and his motto in life was to “Be a giver and not a taker.”

A leader among several community service organizations, Howard was active in the Morwens Kiwanis, Algona Chamber of Commerce, Masonic Lodge, First Lutheran Church and Commander of the VFW. His collection of close friends was immense and the relationships he built were deeply felt across the community. He helped many people in a multitude of ways and the impact of his kindness will be sorely missed.

Howard continued to live with hope and grit after being diagnosed with cancer in 2018. He was a simple man that truly lived one day at a time. He passed away peacefully from complications due to cancer.

Howard is preceded in death by his parents, Edward and Genevieve (Haugen) Omdahl; and siblings Gerald and Gladys Eileen.

Memorials may be made in Howard’s name and directed to The Kossuth County Cancer Foundation, Hospice of The Heartland and The Shriner’s Hospital.

Lentz Funeral Home of Algona is assisting the family. Condolences may be left at www.lentzfuneralhome.com.