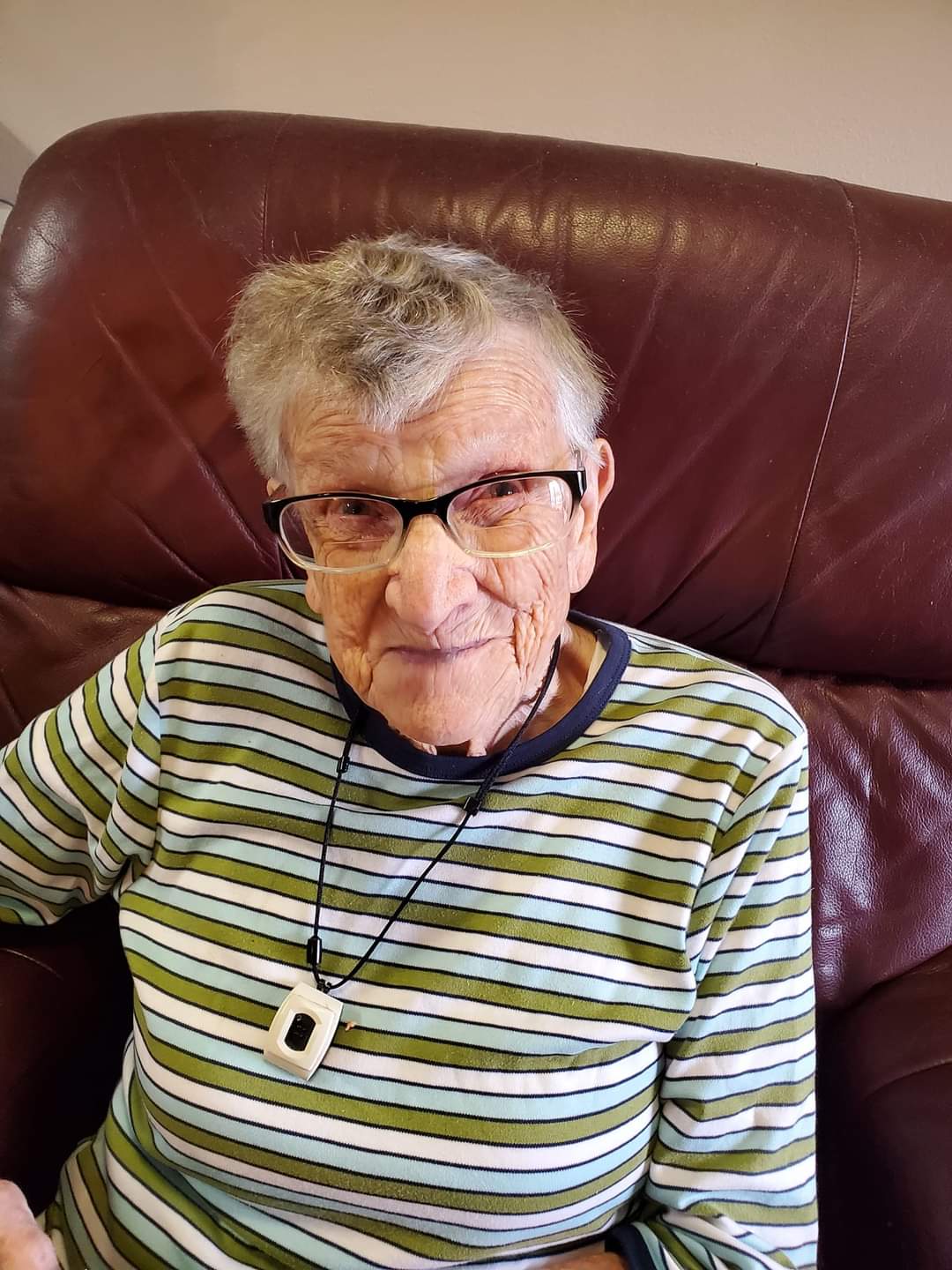 Gladys Doege, age 89 of Ankeny and formerly of Burt, passed away Wednesday, Jan. 4, 2023, surrounded by family at Iowa Methodist Medical Center in Des Moines. Visitation was at 1 p.m. and the funeral service at 2 p.m. on Saturday, Jan. 7 at the Lentz Funeral Home in Algona. Burial took place in the Burt Township Cemetery in Burt following the service.

Gladys Ann Groen, daughter of Harm Henry and Kate (Welp) Groen, was born on April 3, 1933, near Titonka. She graduated from Burt High School in 1951. That summer, she met her future husband Wilbur Doege after he had just purchased Willie’s Billiards. He told her he was going to marry the first girl who said yes, to which Gladys enthusiastically replied, “Yes!”. On Jan. 30, 1955, the two were united in marriage at the Little Brown Church in Nashua. She and Willie later opened the Snack Shop in Burt where Jimmie and his friends/cousins were frequent fixtures. After closing the Snack Shop, Gladys upholstered furniture, working with her sister Velma in Bancroft. After having Karla, she decided to stay home and run an in-home daycare, loving on children from several families in the area. Once the girls were older, Gladys worked at an Exceptional Opportunities residence center, from which she retired in 1996. Since then, Gladys has helped raise her wonderful grandchildren, even moving to Ankeny in 2003 to be closer to the youngest and help her daughters. Of all her titles, grandmother was certainly her most cherished.

Gladys had been a member of the Burt United Methodist Church and continued to worship with the Ankeny Methodist Church when they visited AHEPA apartments. She enjoyed gardening, canning, camping, sewing and playing cards. Gladys was an excellent cook and was famous for her potato salad which was a staple at many family weddings, graduations and other celebrations. Most of all she enjoyed spending time with her family, especially her grandchildren. She never turned down an opportunity to play a game or bake cookies for those she loved. Gladys’s favorite pastime was reading, and she never told her children to “turn off that light” as she heard many times from her mother. Even after a stroke in 2008, Gladys spent hours in her recliner, listening to books on CD.

The Lentz Funeral Home in Algona is serving the family. In lieu of flowers, the family asks that you make a contribution to your local library. Condolences may be left at www.lentzfuneralhome.com