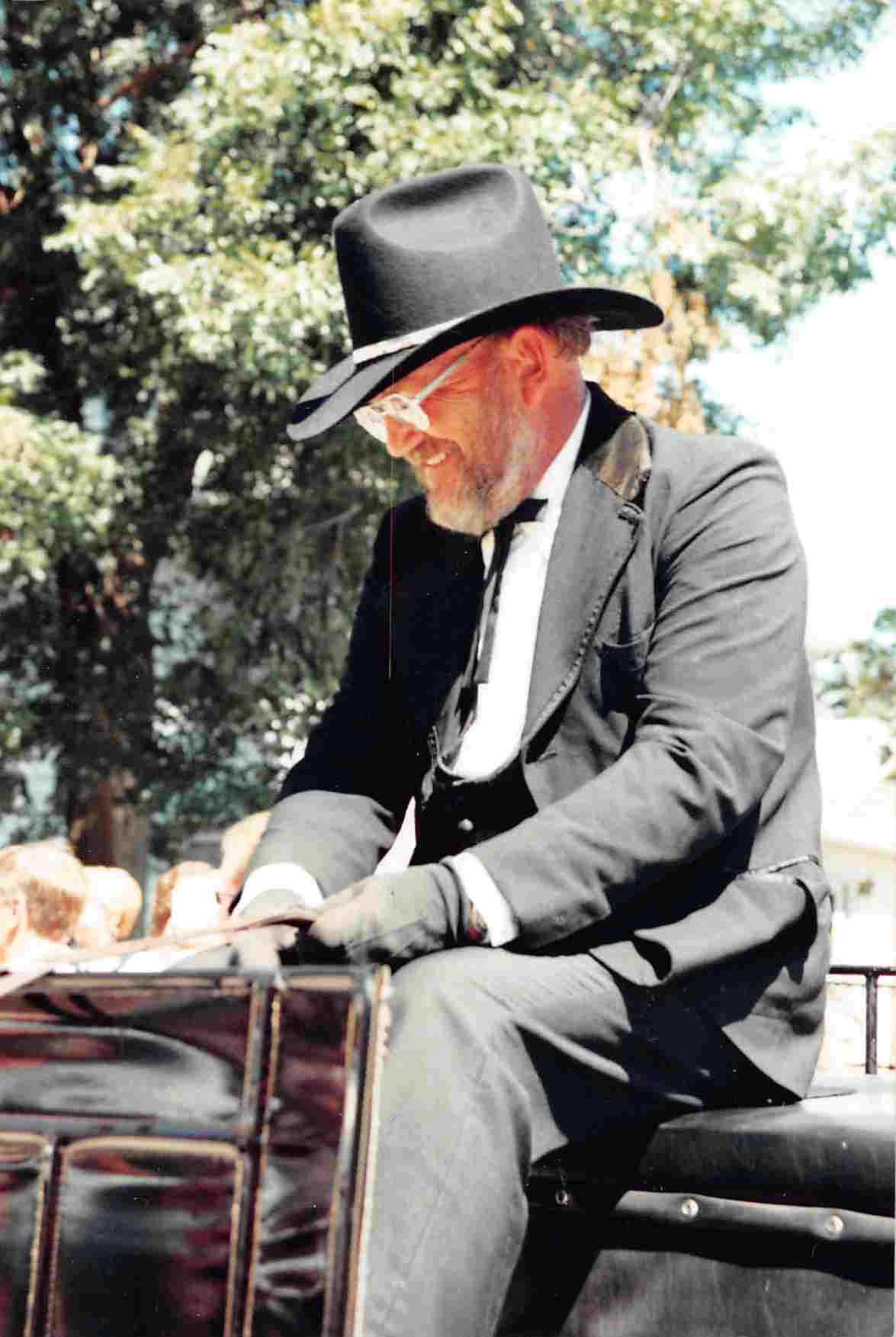 George Charles Wolf Jr. was born Aug. 25, 1937, to George and Lena (Rike) Wolf on a farm in Seneca Township where they farmed for several years. He was baptized at St. John Catholic Church and attended St. John’s grade school and high school in Bancroft.

Being the youngest son, he got blessed by the name “George” but it caused some confusion when someone would call out George and both would answer. So, his sisters gave him the nickname “Sonny”. He has carried that name for about 80 years. Many people have never known him by his given name, George.

Sonny always had a love for horses. At the age of 15 he bought his first horse from Alfred Menke, his first colt he raised was from that horse. He named that colt Sparky and kept her in Bradley’s barn and would work to get hay for his horse.

On Aug. 25, 1956, he married the love his is life, Janice Sanders. Together they raised five children in the Bancroft area. Horses became a family affair, from dressing up the new colts to riding in the parades and riding the trails.

Horses have always been his passion in life but he also enjoyed making things with his hands, using his own ideas. His first project was a small stagecoach for people to ride in and it worked fine with a small sized team of horses that he had gotten. It all started with rides around town, then kids with an adult would want a ride. Then he started giving stagecoach rides at the yearly St. John’s Bazaar as a little fundraiser for the church. It was also used in parades in Bancroft, Fenton, Swea City and Burt.

As his passion grew, so did the horses, a couple of riding horses, a large mule (Charlie) and a team of larger horses. He then made a larger wagon called “The People Hauler” and has done many weddings in Bancroft and surrounding areas, parades, trail rides, even a couple of funerals with this wagon.  He has also made two beautiful oak buggies.

His highlight was when he purchased a Vis-a-vis (black carriage) and two good teams of horses. With that came more weddings, proms, and parades, including several of Emmetsburg’s St. Patrick’s Day parades with their Irish dignitaries from Ireland and his best friend, “Dottie” (his dog) by his side.

You may have seen Sonny during the hot summer out mowing road ditches and bailing hay, shared with friends and for his four-legged friends… his horses! This year closes 70 years of having horses. It was a sad day when the last two horses left the pasture.

Sonny’s other joys and talents were working with leather, he repaired saddles, made halters, belts with engraved names, he made spurs, crosses from silverware for yard art, small crosses made from horseshoe nails and larger yard art made from horseshoes.

Sonny worked for Welp’s Hatchery as a teenager, later on he worked for Kemna Auto in Bancroft, Jim Doyle Excavating, and Kossuth County mechanic for 24 years. After retirement from Kossuth County, he went back to Welp Hatchery as a truck driver, delivering baby chickens, for about 19 years. He also enjoyed working at the Bancroft Ballroom for many years as a bouncer.

Sonny is survived by his wife of over 65 years, Janice (Sanders) Wolf (daughter of Doyle and Eunice Sanders of Bancroft/Swea City), two daughters; Laura (Scott) Pitkin of Bancroft and Angela Blair of Rockwell; seven grandchildren and 14 great-grandchildren.

Oakcrest Funeral Services of Bancroft in charge of arrangements.  Online condolences may be made to www.oakcrestfuneralservices.com.