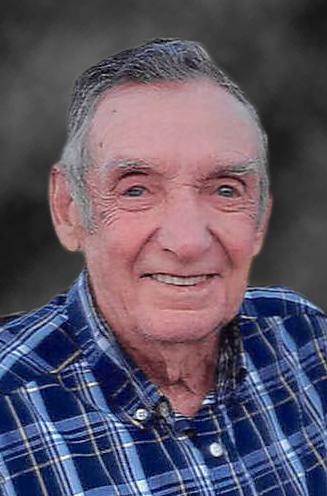 Eugene “Gene” Edward Dornbier was born Dec. 31, 1931, in Wesley, the son of Clarence and Elizabeth (Miller) Dornbier. He grew up in Wesley attending country school through sixth grade, St. Joseph Catholic School through eighth, and graduated from Wesley High School. After high school, he farmed with his dad until 1971 when he went to work for the Wesley Co-Op retiring in 1996.

He enjoyed hunting and fishing, especially his yearly trip to Canada with his buddies. His favorite pastime was spent in his garden planting a variety of vegetables and flowers. Many enjoyed his flowers by capturing them in photos. Gene was the town historian and he was a walking encyclopedia. Gene loved spending time with nieces and nephews.

He is survived by his sisters, Miki (Mark) Killin of Des Moines and Sally Hejlik of Britt; special friend Rose Kiley of Wesley; sisters-in-law, Rose Dornbier of Garner, Rosa Dornbier of Rochester, Minn., Rosemary Dornbier-Snyder of Wesley, and many nieces and nephews.

Gene was preceded in death by his parents, Clarence and Elizabeth; brothers, Dale, Donald and Edward; sister, Darlene Tusha, and brothers-in-law, George Tusha and Gary Hejlik.