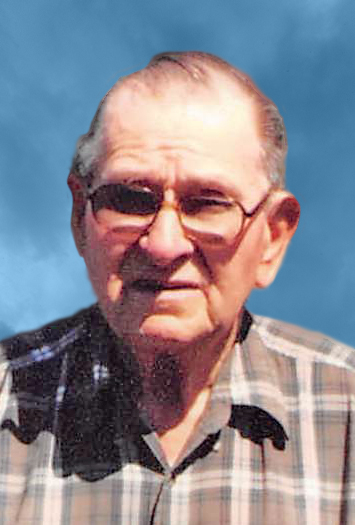 Funeral services for Edward Berninghaus were held Friday, Jan. 6, 2023, at 2 p.m. at St. Paul Lutheran Church in Whittemore with Rev. Mark Resner presiding. Burial was in the St. Paul Lutheran Cemetery. Military honors were provided by the American Legion Seely-Walsh Post #425 of Whittemore.

After his schooling Edward began to farm. He later joined the Armed Forces of the United States and served honorably in the Army National Guard from 1960-1966.

Ed enjoyed being on the farm and kept himself busy always finding something to work on and would also help Steier’s spray and with their turkeys. He also later helped with Fehr’s chickens for five years. He always made sure any animals on the farm were properly cared for. Edward enjoyed being out and about and visiting with people when not on the farm.

He was a member of the Thrivent Financial for Lutherans, Farm Bureau and in his younger years was very active in the Future Farmers of America. Ed was an active member of St. Paul Lutheran Church in Whittemore and served as a Trustee, an usher for over 50 years and enjoyed attending the Sunday evening Bible study class.

He is survived by his sister, Betty Berninghaus of Algona; God children, Bert Bierstedt of Greensboro, N.C. and Connie Iglewski of Rochester, N.Y., and many cousins. He is also survived by very close family friends, the members of the Joe and Judy Kollasch family.

Arrangements were handled by Oakcrest Funeral Services. Condolences may be left at www.oakcrestfuneralservices.com.