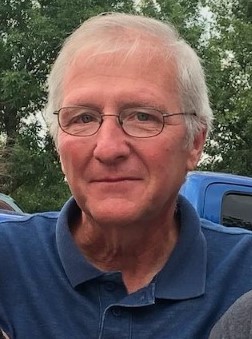 Donald Reffer, age 63 of Algona, passed away on Tuesday, Jan. 17, 2023, at the Kossuth Regional Health Center in Algona. A Celebration of Life was  Sunday from 1 to 4 p.m. at the Water’s Edge Nature Center in Algona. Military rites were conducted by the Whittemore American Legion Seely-Walsh Post #425, Algona American Legion Hagg-Turner Post #90, and the Algona VFW Post #2541.

Donald Henry Reffer, the son of Charles and Rosemary (Stebritz) Reffer, was born on March 2, 1959, in Algona. He attended Algona High School, graduating in 1977. After school he joined the U.S. Air Force for four years. Don owned and operated B&W Control Specialist. On June 3, 1983, he was united in marriage to Janet Colleen Smith in Algona. Don was a member of the Irvington Presbyterian Church, the Izaak Walton League, NRA and ABATE. Don could always be found outdoors. He enjoyed fishing, hunting, camping and traveling on his motorcycle. Most of all, Don loved spending time with his grandchildren and helping others.

Lentz Funeral Home of Algona is assisting the family. Condolences may be left at www.lentzfuneralhome.com.