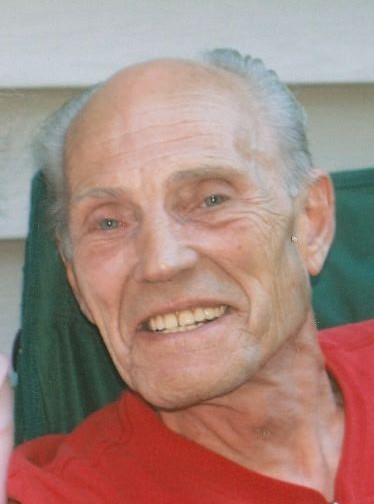 Daryl Arend, age 81, of Algona passed from his earthly life on Dec. 24, 2021 surrounded by his daughter. Private burial will take place at Calvary Cemetery in Algona. Visitation will be from 4 to 7 p.m. on Wednesday at Lentz Funeral Home in Algona.

Daryl (DA) Arend was born Nov. 2, 1940 to Edward and  Dorothy (Hilyard) Arend. He quickly grew into life as a farm kid helping with chores while attending Catholic school in St. Benedict. From a young age, his report cards would show his desire for anything automotive related. In his early teens he discovered a passion that would be a staple of his life, racing. At age 15, he owned his first race car.

In 1960, Daryl married Gloria Green. Over 30 years of marriage, Gloria and Daryl built their life on Grove St. in Algona, with Gloria bearing two wonderful children, Chris and Sally.

Daryl and his brother Bob owned and operated the family business, B & D Automotive, for many years, while Gloria utilized her ambidextrous talents as a homemaker and seamstress.

Daryl’s passion for racing was continuous. While never officially racing himself, DA owned dozens of race cars over the years, competing mainly in modifieds and sprint cars. This passion was a family affair, with multiple cross country trips chasing trophies on both asphalt and dirt.

Chris joined the Lord in 1984, after a bout with cancer. Gloria reunited with Chris in heaven in 1990 after battling cancer also.

Daryl met Irene Ricke in the early 1990s whom he built a life with until his passing. Throughout his life, he was always doing something with his hands. Daryl could fix anything, and had a meticulous attention to detail which was second to none. If he wasn’t at his shop working on a race car, he could be found outside working at the acreage he and Irene had. If asked directly, he would tell you that all pets were a pain, but his deep connection with dogs was hard to deny.

Daryl left a lasting impression on anyone he met. He was direct realist, passing on his skills and traits of life to his children and grandchildren. He had an infectious laugh that was complimented by a can of cold Pepsi wherever he went.

Those left to honor and cherish Daryl’s memory are his daughter, Sally (Dave) Petersen; three grandchildren and four great-grandchildren; Special friend and companion, Irene Ricke and her family; and one brother, Robert J. Arend.

Lentz Funeral Home of Algona is assisting the family. Condolences may be left at www.lentzfuneralhome.com&nbsp;