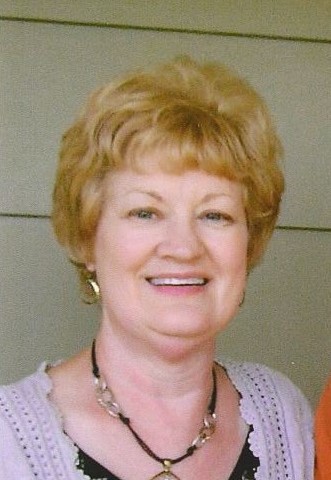 Cherilyn Ruger, age 72, of Fenton, passed away on April 28, 2022, at her home. Funeral services will be 10:30 a.m. on Thursday at St. John’s Lutheran Church in Fenton. Burial will take place in East Lawn Cemetery in Algona. Visitation was 4-7 p.m., Wednesday at the church. In lieu of flowers, the family requests memorials made in Cherilyn’s name and directed to Lutheran Hour Ministries, 660 Mason Ridge Center. St. Louis, MO 63141. Cherilyn’s services will be live streamed at www.lentzfuneralhome.com&nbsp;

Cherilyn Rae Ruger was born to Winston and Donna (Olson) Kerber on Sept. 9, 1949, in Estherville. She grew up on the family farm one mile northwest of the Fairville Church with her three brothers, Barry, Jerel, Tim and a sister, Kathy. Cherilyn attended school in Cylinder until the school closed and graduated from Emmetsburg High School in 1967. After graduation, Cherilyn attended Nettleton Business College in Sioux Falls, S.D. She then worked at the South Dakota Press Association until Phil finished college at South Dakota State University in Brookings, S.D.

Cherilyn and Phil were married on Aug. 3, 1968, at St. John’s Lutheran Church in Fenton. They returned to their present farm in January 1971, where Cherilyn helped with the farm work. Cherilyn later took on duties with the church including Sunday school, weekday, preschool and was active in choir as well as LWML where she held local and district offices.

Cherilyn worked for the Shirt Farm in Emmetsburg and other clothing retail stores. Cherilyn enjoyed traveling, especially to Thailand, Hawaii and helping pedal pushers work on floats for the Rose Bowl Parade. She also enjoyed parks and her flowers.

Cherilyn and Phil were blessed with two children, Amy from Corpus Christi, Texas and Paul from Olathe, Kan.

Left to cherish Cherilyn’s memory is her husband of 53 years, Phil; children Amy and Paul (Laura) Ruger; grandsons, Dylan and Grady Ruger; sister, Kathy (Bob Krueger) Larson of Austin, Minn.; and brothers, Jerel (Connie Kadow) Kerber of Cylinder and Barry (Papawaren) Kerber of Bankok, Thailand. She was preceded in death by her parents and a brother, Tim Kerber.