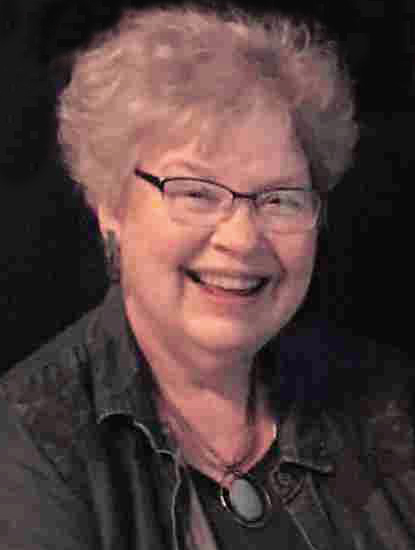 Barbara Elizabeth (Kellner) Bernhard was born the fifth child of Vincent and Geneva (Bowman) Kellner of Ottosen, at the old Kossuth Hospital in Algona on Monday, Oct. 25, 1943. Fifteen days later Geneva died; then Kate and Matt Bormann were appointed guardians of Barbara. She lived with them until 1963.

She attended grade school in St. Benedict until May of 1956. She was a freshman at Algona High School and a sophomore at St. Cecelia’s Academy. She graduated from Garrigan High School in 1961. Following graduation, the Sisters of Mercy hired her as their medical records librarian where she worked two years at St. Ann’s Hospital in Algona.

On Nov. 3, 1963, Barbara was united in marriage to Mark Bernhard of Bancroft at St. Cecelia Catholic Church in Algona. Following their marriage, the couple established their home on a farm near Seneca where they raised their children.

Barbara was active in St. John’s Parish in Bancroft as a member of the Altar Society, Renew Program, Catholic Charismatic Renewal, Lay Ministry and several different prayer groups. She taught with the Religious Nurture Program for the mentally handicapped for many years. Barbara was gifted with artistic talents which included interior design, oil painting, egg decorating, ceramics and floral design. She enjoyed landscaping and maintained a large yard and garden for many years.

In March of 2013, Barbara and Mark retired to their home in Algona. They quickly adapted to the parish life at St. Cecelia’s, helping with funeral dinners and joining prayer groups. Barbara also enjoyed singing with the church choir. She was a member of the Algona Garden Club and spent many hours sitting on the deck visiting with treasured friends and enjoying her flowers. Reading historical fiction was a favorite pastime when relaxing.

Oakcrest Funeral Services of Algona is in charge of arrangements. Online condolences may be made at www.oakcrestfuneralservices.com.